To the east of Nur-Sultan is the small village of Akmol, non-descript and basic, but in the 1930s this place was to become the host of an exceedingly dark and cruel institution, something memorialised by this tasteful and unmissable memorial and museum that stand here today; the Akmola Camp for Wives of Traitors to the Motherland (known by its Russian acronym; ALZHIR) 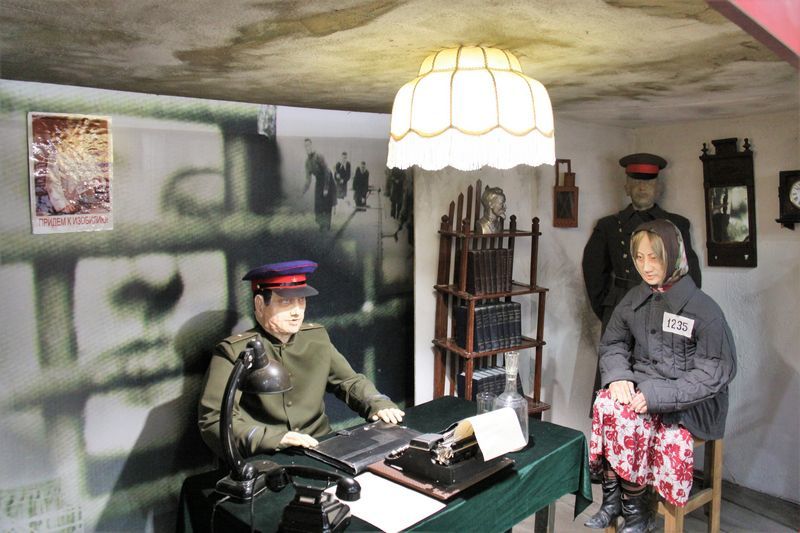 The ALZHIR Memorial is located around 40km from Nur-Sultan. A drive of around 45 mins on a road with a frustratingly low speed limit (safety first!) It isn’t really on the way to anything so this trip would be a there-and-back journey. An hour or so in ALZHIR is about what is needed so this can be done in a morning visit with ease

While the Great Terror and other Stalinist repressions generally didn’t distinguish much between men and women the majority of victims were men, in many political cases their ideological crimes were seen to be something that rubbed off onto their relatives and instead of just carrying the social taint of being related to a thought-criminal many of their wives and children (and other relatives in some cases too) were persecuted in turn. This is the kind of place they were brought to.

It is notable that many of these women were given the chance to denounce their errant husbands, to divorce them (being locked up for being a wrecker, counter-revolutionary, Trotskyite, Menshevik, whatever the crime du jour was, worked as a criteria for an uncontested divorce. So, there was a way to get out of going here, but so many women chose not to desert their husbands and paid a great price for their loyalty.

Conditions here were grim; wooden barracks, insufficient clothing and supplies for the harsh climate of the steppe, and the cruelty of the guards and system in general. There are many stories related in the museum and by local guides about moments of heroism, kindness of local people (memorably in pelting passing prisoners with ‘stones’ that turned out to be milk and salt missed together and could thus be eaten), and the endurance required to survive in such a place. Tragically many of the women had their children taken from them and handed over to more politically reliable families to raise from then on, the pain and despair in this place must have been almost unbelievable – something this museum does a good job of explaining. 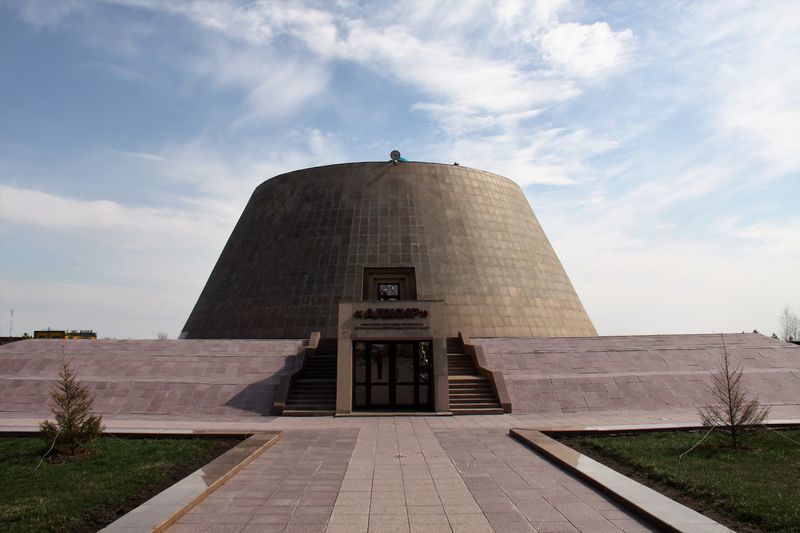 The site itself now is modest; the barracks and main camp infrastructure is long gone. There are a few mock-ups of guard towers and the kind of train wagons used to transport prisoners here, as well as a row of stones from various now-foreign governments marking the loss of their own citizens and related ethnic groups to this system, from eastern Europe to Japan and Korea.

The centrepiece is an exceptional construction; known as the Arch of Grief, consisting of a two-layered structure, the top in the style of a Kazakh woman’s headdress, the inside arch looking more like a man’s hat. It works very well as a melancholy marker to a place of great suffering and grief. 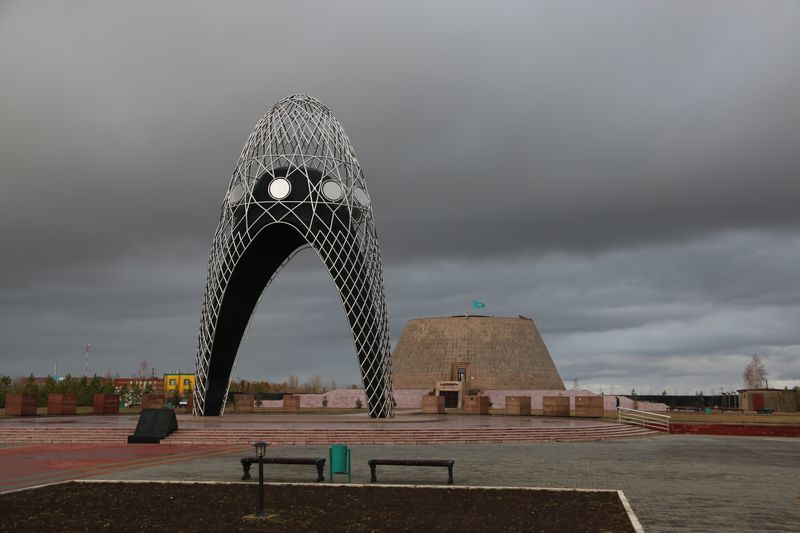 ALZHIR Memorial museum itself is in a bunker-type building behind the arch, set over 3 somewhat tight storeys there are exhibits which are photo-heavy showing part of what life was like in this place, some of the notable inmates and victims, and a room showing an introductory video to the memorial. This site only opened in 2007 and it is both well-designed and well-realised. While there can be no truly fitting monument to something so awful the ALZHIR memorial does a very good job and we consider it a must-see for anyone interested in the darker side of history in this area, upsetting as it may be. 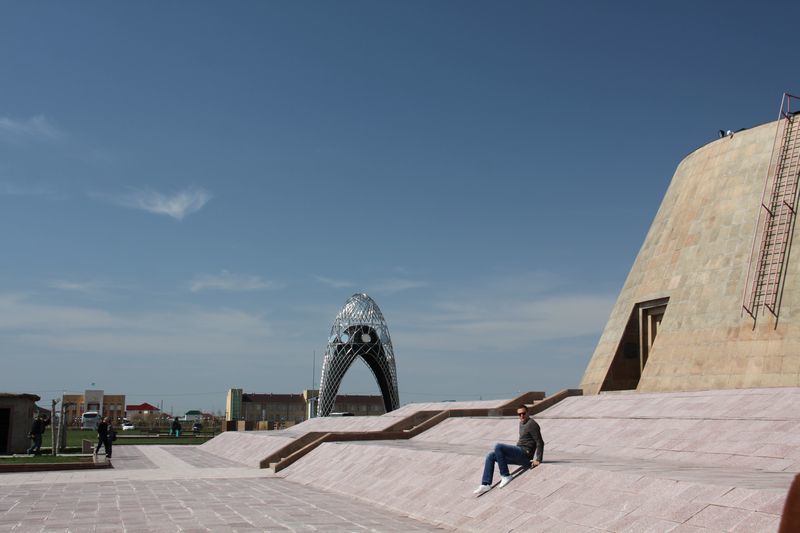