Classified as a First Class North Korean Hotel, the Sosan Hotel was built in 1989 for the World Youth Games.

The Sosan Hotel is excellent to stay at. The facilities are in good condition with the Sosan Hotel receiving a major refit in 2015.

Koryo Tours uses it for many of our tours throughout the year, in particular, our budget tours usually stay here.

The staff that work at the Sosan Hotel are excellent.

Some staff speak a little English and most are fluent in Chinese. 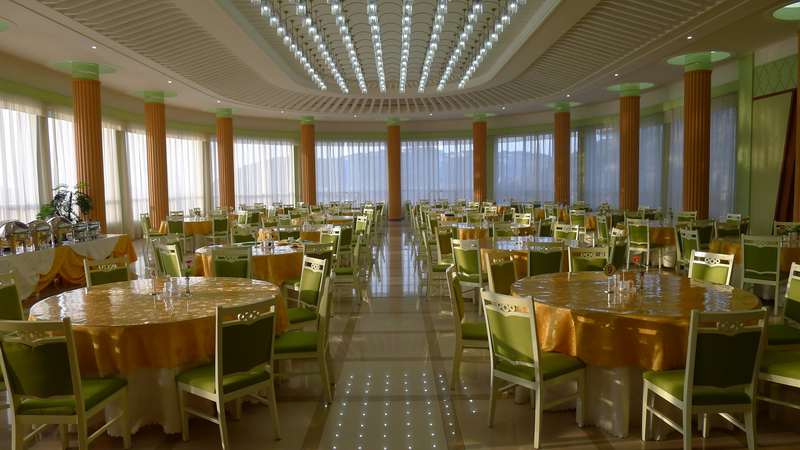 'Sosan' translates to ‘West Mountain’. The Sosan hotel is located in the far west of Pyongyang in Sports Village on Sports Street.

It’s a 10-minute drive from the centre of Pyongyang.

Rooms at the Sosan Hotel afford views of the surrounding sports fields and gymnasiums located along the street.

It is just a stone’s throw from the Mangyongdae. Here you’ll find Mangyongdae Native House and Mangyongdae Funfair. Kwangbok Street is also located here, where the Kwangbok Department Store, Pyongyang Circus, Mangyongdae Schoolchildren’s Palace and Central Court are all located.

It is finished in a distinct red hue that makes it stand out amongst the skyline of Pyongyang.

The Sosan Hotel features an excellent open-air BBQ restaurant in the front garden where you can grill your food in a comfortable picnic setup.

It also makes a great place to have an evening drink under the Pyongyang night sky.

For those looking to hit a few golf balls, North Korea’s only driving range is located next to the hotel.

You get 100 balls for $10 USD and must leave a small deposit to borrow a golf club if you haven’t brought one with you. 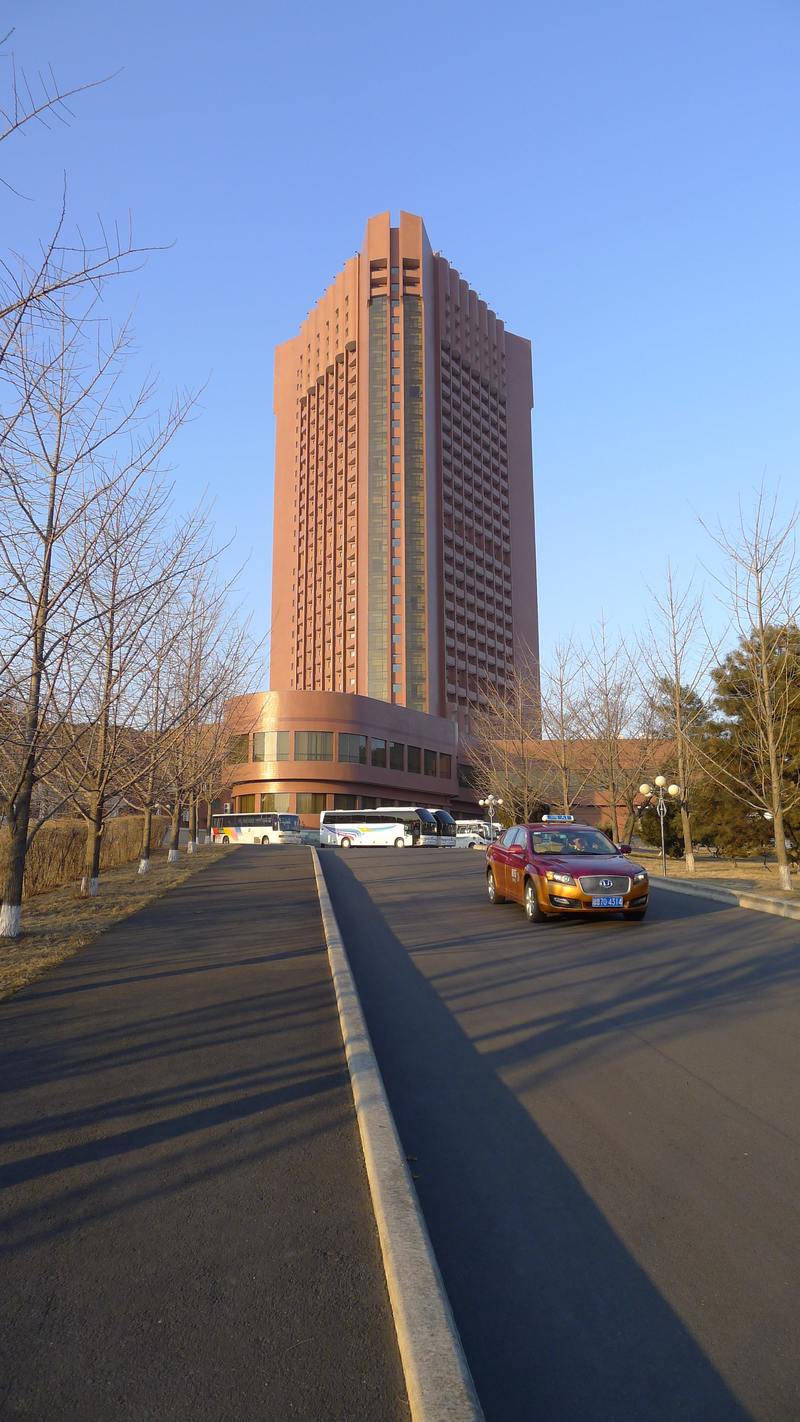 Having been completely gutted and renovated in 2015, the interior of the Sosan Hotel common areas and rooms are all in excellent condition.

It is a very comfortable hotel to spend your time in.

Rooms are cosy but equipped with air conditioning for the warmer months.

They are also equipped with bar fridges and televisions which are tuned to both local and international channels.

Most rooms are twin share with two single beds, but rooms with a single double bed are also available. Some rooms do also have balconies. Exercise common safety sense if you’re lucky enough to get one!

Hot water and electricity are reliable here and available 24 hours. 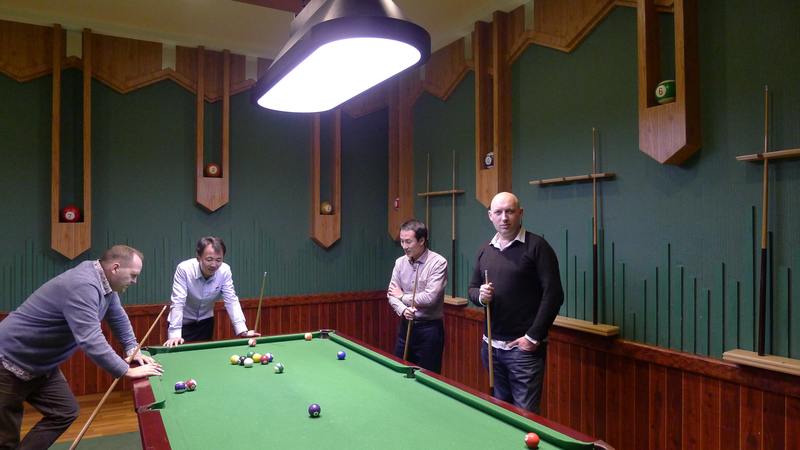 Here are some tips for getting the most out of your stay at the Sosan Hotel; 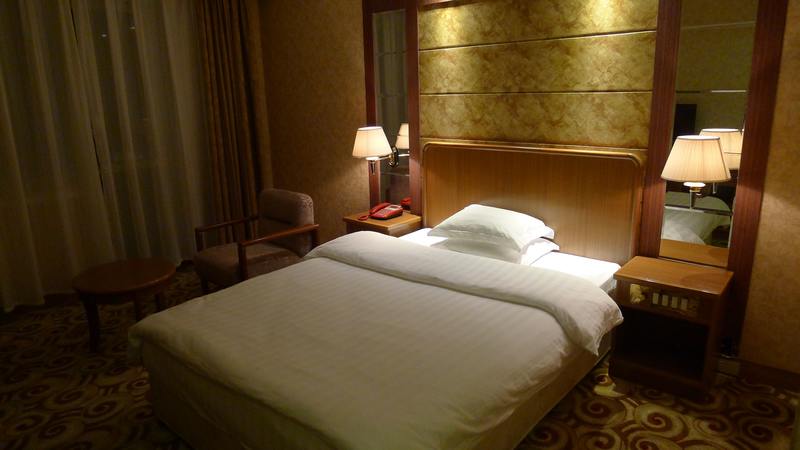