Karaganda is one of the largest and most fascinating cities in Kazakhstan, usually skipped by visitors focusing on the old & new capitals of Almaty and Astana/Nur-Sultan.

The city of Karaganda manages to offer something very different than either of the usual spots. Some fascinating and groundbreaking 20th-century history, diverse architecture, quirky things to do, and good food & drink.

While humans have inhabited the area around Karaganda for thousands of years and there have been settlements on this site before, the modern version of Karaganda is very much a 20th Century creation. The buildings in the centre of the city, a walkable area, have a very European soviet style to them; attractive cafes, restaurants, and so on are dotted around. The outskirts of the city are substantially rougher but certainly have an aesthetic appeal to anyone who likes a sport if brutalism in their lives.

Karaganda, like other major cities in Kazakhstan, is notable for a high degree of ethnic variance in its population. Kazakhs and Russians mix with Kazakh-Koreans (the most famous son of the city, Gennady ‘Triple-G’ Golovkin is half Korean, half Kazakh). There is also a population of the remnants of the once-massive German population, many of whom left the area to move to Germany or back into Russia (these were mostly Volga Germans, from Russia, deported to the area) after Kazakh independence.

What put Karaganda on the map in the 20th century though was its association with the Soviet Space program. Cosmonauts were accommodated and trained there and it became a kind of space city. Monuments to the greats (Gagarin of course, but others too) can be seen around the city and the hotel we use was built specifically for these space pioneers. You can even stay in the room used by Valentina Tereshkova, the first woman in space! 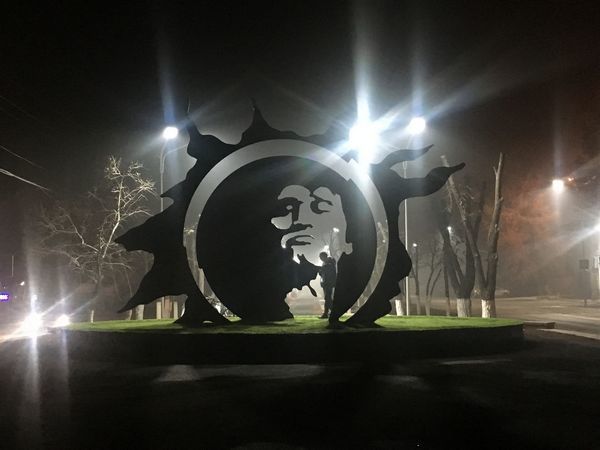 Here are a handful of highlights of Karaganda.

A massive park sitting in the city centre. While there are specific things to do in this park (a small funfair, mini-beach, and so on) it is really somewhere to go and walk around with the locals if the weather is good.

From old fellas on benches complaining about the youths to the youths themselves flirting and making a racket, and all human behaviour in-between. The former USSR does slightly run-down urban parks very well, and this is one of the very best! On national holidays festivals take place here too.

Tastefully (for the most part) showing the darker side of Karaganda in the 20th Century the former administrative building of the local Gulag system has been turned into an evocative and educational museum. Located a short drive from the city on the way to Shahtinsk, the exhibitions here form a necessary part of the understanding of this area and the tragic fate of many who came here less-voluntarily

For any Soviet Monument nerds the central part of Karaganda is a wonderland; more than one Gagarin, heroic pilots, the omnipresent Lenin, and so many more characters and icons of the present and just-past era. Take the time to walk around, stop at various cafes and bars (we can recommend many, from the low to the high end!). Extra points if you make it all the way out to the really well-done monument to Soviet-Korean rock legend and iconoclast Viktor Tsoi (for anyone looking for the de rigueur ‘I Love Karaganda’ sign, it’s outside the football stadium.

Yes, this is a dark place to visit, but for anyone with an interest in the tragic part of history here as well as to pay tribute at the memorials for the victims this is an essential spot. On a windswept piece of land some way out of the city and marked by monuments for each (or at least most) of the nationalities who were murdered here. It’s a sad and evocative place, but something well-preserved and worth the time to visit. Those who lost their lives here were mostly political prisoners; victims of the gulag system. 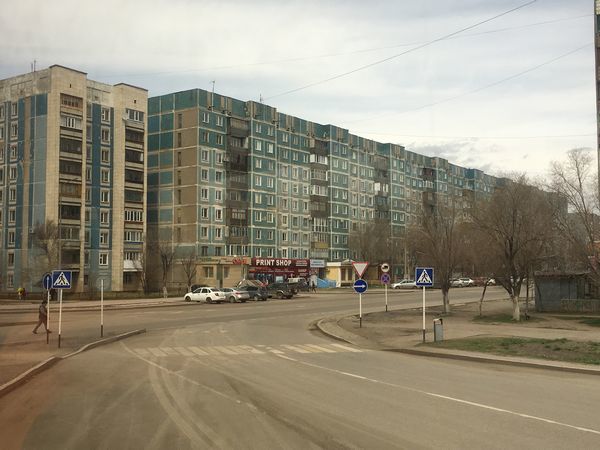 They don’t tend to do things by moderation in this part of the world so the temperatures throughout any given year in Karaganda range from very hot (up to 40 degrees in summer) to absurdly cold (down to -40 in winter). So do be ready!

In spring and autumn though it is a genuinely pleasant place climate-wise and the amount of people spending time promenading in the massive Central Park is a testament to how the climate allows for simple pleasures of wandering around and nattering.

How to get to and travel around Karaganda?

Karaganda Sary-Arka Airport is an architectural marvel from another age (Google for pics), and is fitted with a very advanced runway that allows for landings of aircraft of all sizes year-round. Flights are mostly domestic (we include one from Semipalatinsk on our tour).

Karaganda sits on the mainline between Astana in the north and Almaty in the south. So many trains heading to the two capitals and a range of other cities pass through here. The main central station is a small Russian building that (at the time of writing) is undergoing renovations but hopefully the character will be maintained when this is finished with. Kazakhstan being a very large country and their ‘high-speed’ train not being particularly fast, most journeys will be overnight. But the trains are comfortable, well-managed, and a pleasure to ride upon.

Highways in Kazakhstan tend to be of a decent quality around the major cities but then suddenly and without warning become bumpy and awful seemingly at random. Local drivers know what they are doing though. The steppe is amazing driving land…for a few hours at least. If planning to drive to/through/from Karaganda yourself just keep in mind that the distances to cover could be massive, so pace yourself!

The city centre is small enough to be easily walkable but if going anywhere else try Yandex Taxi (a Russia app, universally used here and available in English). Public buses are simple enough too. Although don’t expect any English to be spoken by the drivers. Public transport is cheap enough that you could simply jump aboard and then get off if you think you’re going the wrong way! 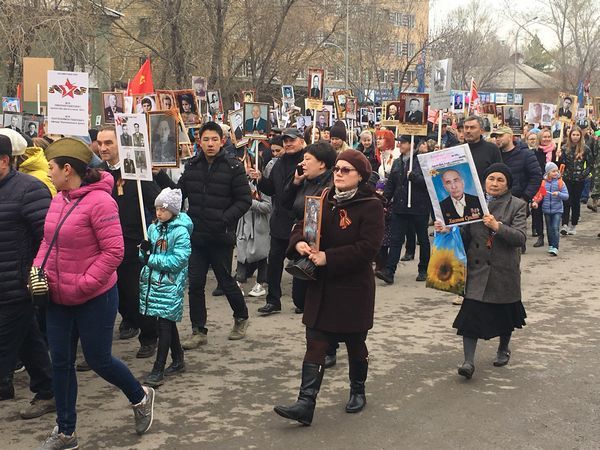 The above photo is of the 'Immortal Battalion' marching in Karaganda on May 9th. This is the anniversary of the end of WWII. People carry placards with photos of their relatives who fought in this conflict. This scene can be found all across the former USSR on this day.