The High Pamirs and the Kuhistani Badakhshan Autonomous Region

For many, a trip to the Pamir region in Tajikistan has everything one needs on an adventure. Journey one of the highest roads in the world amongst splendid peaks, stunning landscapes, outstanding azure lakes and the friendliest people in the region.

Capture history as you tread a path beaten by Marco Polo and Alexander the Great.

Towns and villages on the Pamir Highway (M41) 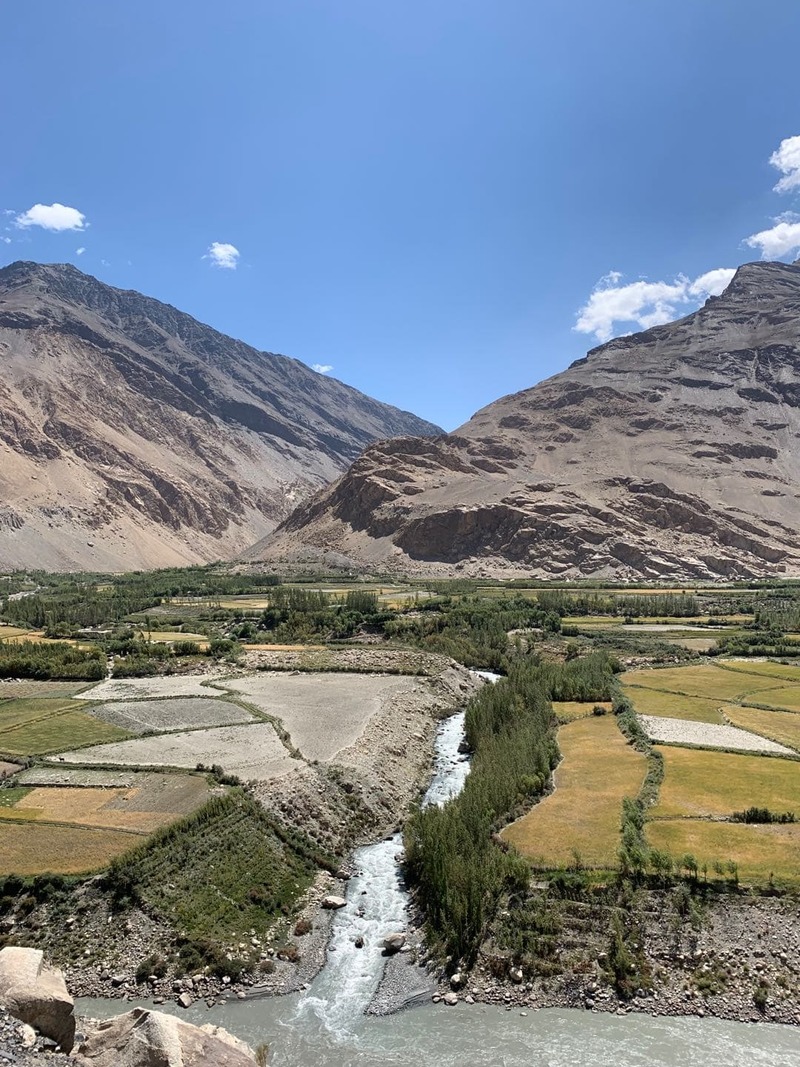 The Pamir Mountain range is located predominantly in central Asia's Tajikistan, at the crossroads between the Himalayas, Tian Shan, Karakoram, Kunlun, Hindu Kush, Suleman and Hindu Raj ranges. They are among the world's highest mountains.

The Pamir Mountains lie mostly in the Gorno-Badakhshan province of Tajikistan.

The Pamirs are crossed by what is known as the Pamir highways (the M41).

The Pamir highway has been in existence for thousands of years forming part of the silk route and much later to be paved by the Russians.

Life here is tough, not only is the region inhospitable but sparsely populated, home to only 3% of the country's total population.

Winter starts at the end of September and lasts until May time in some areas. If you're after 5-star comfort and pampering, then avoid the Pamirs.

However, if you want adventure, involving rugged roads, inhospitable climate, remote worn out soviet towns, then the Pamirs is for you.

Where is the Pamir Highway?

The region covers all the eastern part of the country bordering the Xinjiang Region of China in the east, while to the south it borders the Badakhshan Province in Afghanistan. To the North lies Kyrgyzstan's mountainous Osh Region.

The M41, the Pamir Highway

The M41 is the road that all will need to take when travelling across The High Pamir's and the Kuhistani Badakhshan Autonomous Region.

There is much debate on where the Pamir highway begins and finishes.

The M41 itself runs from Afgahnastin through Uzbekistan, Tajikistan finishing in Kyrgyzstan Bishkek. For most travellers, though the journey will start and end in either Dushnabe or Osh. The M41 is the second-highest highway in the world bested only by the nearby Karakorum Highway.

For travel in Tajikistan, the M41 crosses the whole of the Pamir region.

Although there have been people travelling this route for many thousands of years work to construct a paved road only began in in more recent time. 1841 saw the first actual construction between Osh and Sary Tash in Kyrgyzstan. As tensions between Russia and England grew during the great game, the road was to be further extended reaching Khorugh.

With the advent of the Soviet Union and a broadening of its interests in the region, the M41 was not only improved but extended reaching Dushanbe. Nowadays much of the road has gone through reconstruction, although there are some sections in dire need of improvement.

The High Passes of the M41

Having the worth title the second highest highway in the world means there are some pretty steep ups and downs.

These passes for many are a highlight although due to the altitude they can poss a problem whether hiking, cycling or driving.

Around 40KM from Osh, the first of the nine passes is home to some beautiful scenery.

As it is so close to one of Krygystans biggest cities, it is popular with locals, especially at weekends and holiday times.

The road climbing the Taldyk Pass is impressive with switchbacks and fabulous views over the Kyrgyz countryside.

Vistas from the top make a worthy stop especially looking back at the road taken.

There are two statues on the pass, one a monument in honour of construction manager Yuri M.Grushko who was responsible for some of the engineering fets on the road. The other shows the low silhouette of one of the endangered snow leopards found in the region.

Kizil Art Pass is home to the second-highest border crossing in the world, after Khunjerab Pass, the border between China and Pakistan. The actual border crossings on this mountainous road are not at the highest point.

The Kyrgyz border crossing is around 30 minutes from Sary Tash village. Once you have passed the formalities here, you will then need to begin the steep climb uphill.

You will reach the peak just before the actual Tajiki border crossing.

At the peak, a stop is advisable as the landscape and views are truly magnificent.  There are also two very soviet style statues in the shape of Tajikistan and Kyrgyzstan as well as a statue of the Marco polo sheep.

The Tajik crossing is around 5-10 mins from the high pass and viewing area.

Not long after passing the border formalities if entering Tajikistan, there will be a desolate valley. The road climbs a little, and Karakul lake comes into view. At this point, you have reached the Uy Buloq pass. The views here will give a great lookout over the Karakul lake and a stop strongly advised.

Located not long after Karakul lake (depending on your transport) the drive up from the lake is beautiful, you may wish to stop as you climb to take photos. Once as at the pass you will not be able to see the lake but the surrounding mountains. Not the most astounding viewpoint but you are now on the highest pass on the M41 the Pamir highway.

Not the most stunning of passes as your already travelling at altitude and the climb up is more hilllike. The scenery here is like a lunar landscape surrounded by mountains you have seen better and will see better whatever direction you're travelling. Worthy of a stop though as 4271 Meters is not height to ignore.

For cyclists, this is one of the most challenging passes, especially if heading from the Whakahn corridor the road is in a poor state always winding upwards with no shelter.

If heading in the other direction, the journey here becomes the most exciting with switchbacks views over the neighbouring Hindu kush as well as Afghanistan slowly revealing her self.

Fancy a trip to the High Pamir's? 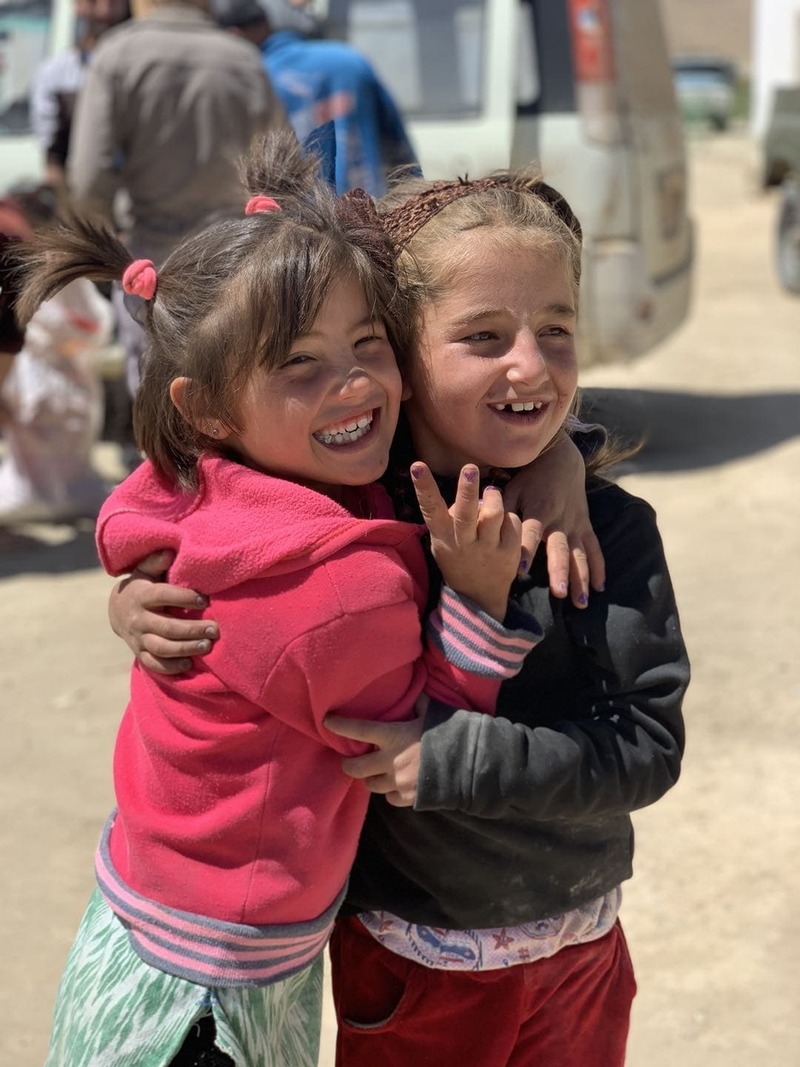