For many, a trip to the Pamir region in Tajikistan has everything one needs on an adventure. Journey one of the highest roads in the world amongst splendid peaks, stunning landscapes, outstanding azure lakes and the friendliest people in the region.

Capture history as you tread a path beaten by Marco Polo and Alexander the Great.

Towns and villages on the Pamir Highway (M41) 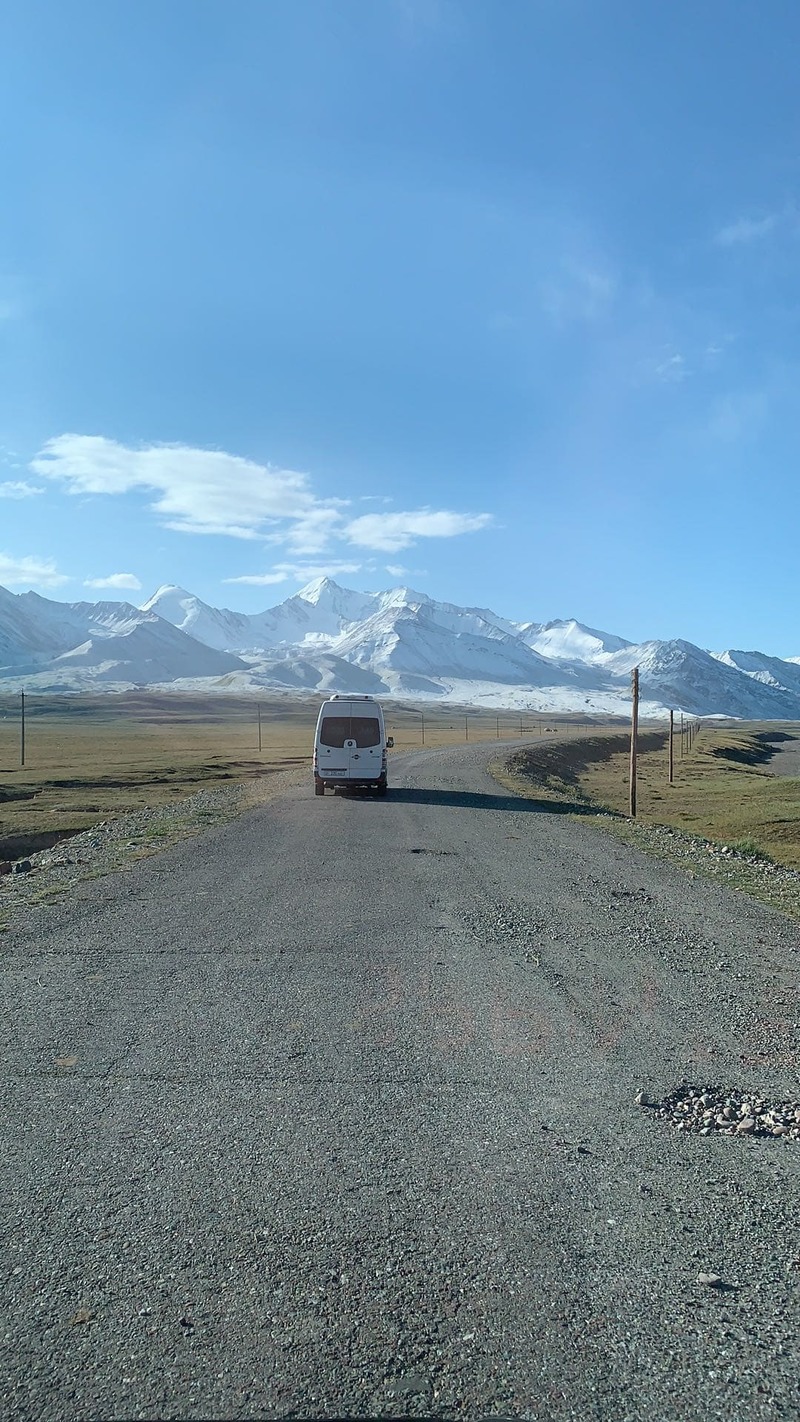 For many adventurers, one of the beauties of the Pamir Highway is that there are quite a few options when it comes to resting that travel-weary head.

Camping, between towns and villages, can be somewhat acceptable take care to avoid border posts and military areas.

Along the Wakhan corridor, there are also some sensitive places where the Tajiki military is actively patrolling. Farmland and even gardens can make a pleasant camp, seek permission before pitching tents, and we would always recommend either reimbursing people or offering a gift.

Small towns and villages, over the last few years, have been catching on to tourism even within the smallest communities. As you journey along the M41, you will notice painted/ handwritten signs offering accommodation.

As a rule of thumb, prices range from 10 to 15 USD with most including breakfast and dinner.

The typical homestay will at least offer you a mattress on the floor; homes are generally warm, heated by either wood or cow dung fires.

Many these days have fixed beds with shared bathroom facilities. Being quite comfortable remember you get what you pay for and in the remote areas homes may be small and quite cramped.

The Pamirs is a barren, inhospitable place, full of snow ice and rock suited ideally for the adventure traveller. Many blog posts will tell you of poor cuisine, dodgy restaurants and the consequences of these. Some of these writings maybe not too far from the mark although opinions are mixed.

You may be in your guest house tucking into a bowl of borscht followed by a delicious plate of plov, but do spare a moment and think that even these central Asian essentials are not indigenous to this area.

The food in Pamirs has adapted over many hundreds of years, as people in this region were initially nomadic the food has developed around this lifestyle. Dishes tend to be more simplistic yet filling and wholesome.

They consist of these principal staples wheat, water, dairy, meat.

Common throughout Tajikistan, we know! Bread has always been an essential part of a meal in this region. The style has changed over the years due to imported flour from surrounding countries being more readily available.

Traditional bread is still to be found, the best time to find it is early summer.

They are traditionally made with local grains such as millet barley pea grasses and even rye. At times of festivities such as local weddings, the local bread and pancakes are more readily available.

The local bread called a Non resembles a chapatti, made over a fire in the home, baked in the morning for consumption throughout the day.

If you ask a local Pamiri, they will tell you that bread is the essential food of the region, but the most common above all others is soup. The soup you will find almost everywhere with over 40 common variations friends in Margab tell me that the most common is a noodle soup.

The main staple of any soup will be meat as the soup can be a way to use even the toughest part of the animal.

As many of the families are or once were herders, meat is an essential part of any meal. Its good to note that no part of the animal will ever go to waste. Animals are slaughtered at home quickly and without fuss dissected into various sections for later consumption.

As with similar nomadic societies, at the end of the meal, the bones will be cracked and the marrow inside eaten.

Most meats will be boiled, stewed or roasted the taste of the meat is essential with few flavourings or sauces added.

Milk taken from sheep, cattle and even camels is used in the preparation of a wide variety of products.

Basics such as the milk tea made with a mixture of salt will keep people going. Fermented horses and camels milk will be drunk seasonally.

Milk will also produce a critical over winter staple, dried curds. This hard stone-like substance is eaten as a snack, between meals, after meals and on long journeys.

Dried curds are an essential source of calcium and in this region will also be made with a mix of salt at times too.

Remember that you are in an impoverished area if you're lucky enough to be invited to a meal, do be respectful.

Do take an interest and do try everything offered to you. I find the best way is, to be honest, and not over the top.

Meals come with salads and meat. In general, vegetarians can survive but may find they are living on salads and bread.

The best time to experience local foods life can be during one of the many celebrations that take place. If you know your going take a gift and an interest, ask questions and take part. Many of the recipes are not written down but passed on verbally from generation to generation. 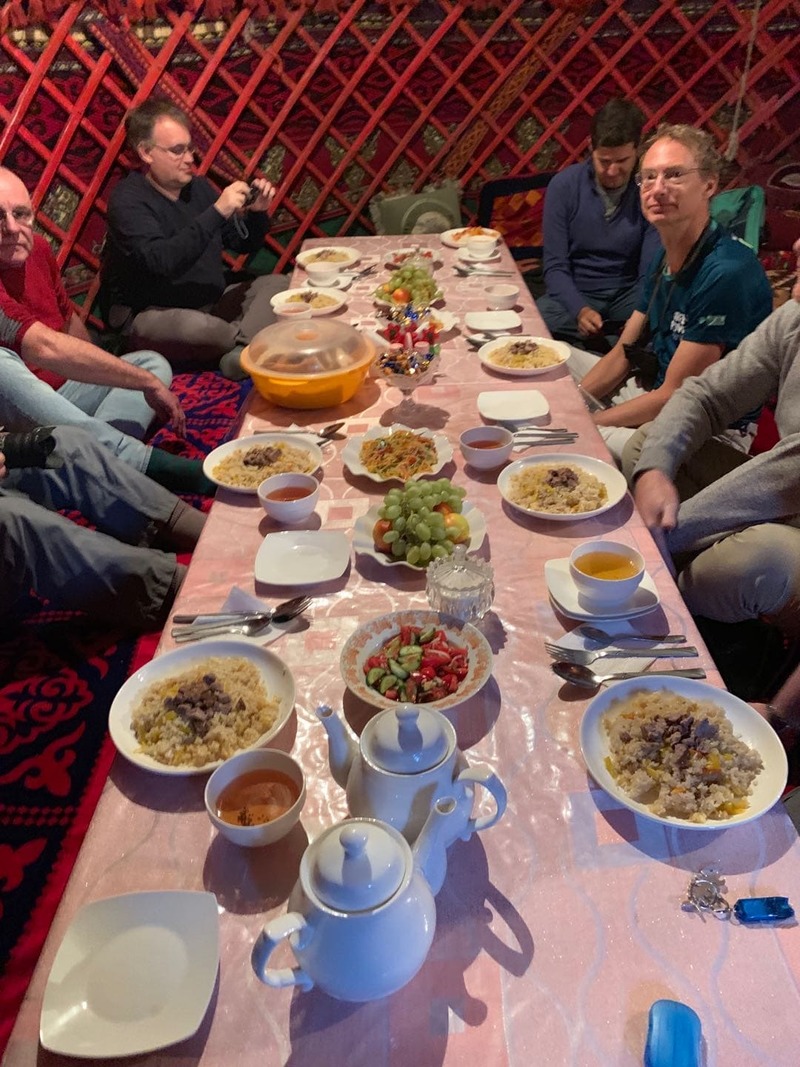 One thing to be aware of is that when travelling in this region at high altitudes do take care as nothing can be guaranteed.

As a general rule of thumb, the weather usually is more stable from late May through to September that said the author has at times experienced snowstorms and strong winds on some passes in August.

We would recommend warm waterproof clothing even during the summer months. Your journey may be affected by seasonal weather as the road is commonly cut off by avalanches and mudslides with repair work carried out in the summer months. Care should also be taken as during the summer, the sun is intense, especially at higher altitudes. During summer it is not uncommon for night time temperatures at higher climbs to drop to -5C.

If braving the M41 from October onwards, expect snow as well as night temperatures of around -15C. The scenery may be stunning but be prepared for delays as well as harsh weather conditions.